The Royal National Lifeboat Institution was founded in 1824. Initially named the National Institution for the Preservation of Life from Shipwreck, the charity was formed to save lives around the coasts of the UK, Republic of Ireland, Channel Islands and the Isle of Man, and some inland waterways.

Sir William Hillary assisted many rescues of victims of shipwrecks off the coast of his hometown of Douglas on the Isle of Man. In 1823, he came up with the idea of the lifeboat service and drew up a pamphlet detailing his plans and sent it to the British Navy and Ministers to appeal for its’ formation. Unfortunately, the Admiralty refused to endorse the plans.

After this initial failure, Sir William approached well known members of London society to bring about awareness of his idea and push his campaign forward. Thomas Wilson, Liberal MP for Southwark, and George Hibbert, Whig MP for Seaford and Chairman of the West Indies Merchants, joined his campaign and it became a success. More people joined and a public meeting was planned. King George IV showed support by assuring Royal Patronage, and the Prime Minister Robert Jenkinson, 2nd Earl of Liverpool said he would be President. On 4th March 1824, the Royal National Institution for the Preservation of Life from Shipwreck was founded. 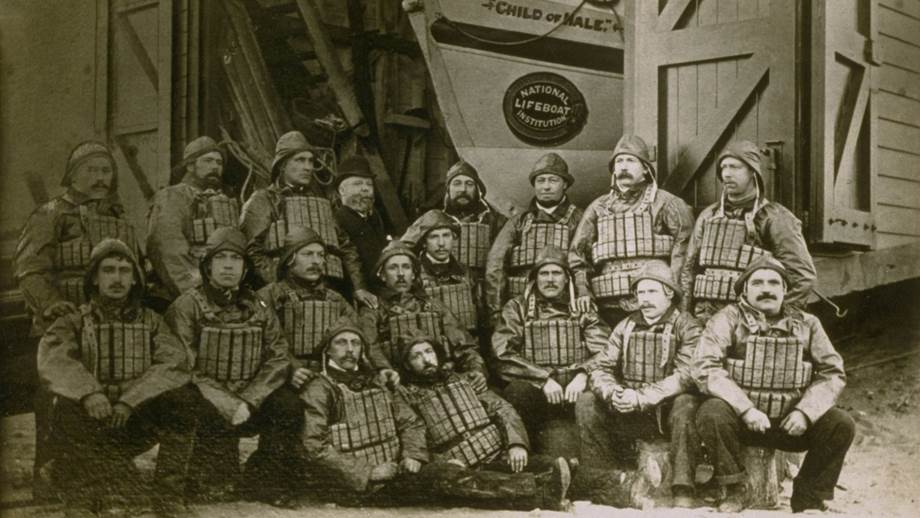 In 1882, Ramsgate lifeboat Bradford rescued nine people from a wreckage, one of them being Robert A.B. Preston. Following his rescue, Robert became interested in lifeboats and the work that RNLI put in and donated a lifeboat to the institution as well as joining the Committee of Management. 2 years later in 1884, Roberts’ sister Leonora Preston designed a flag for the RNLI. She used the St George’s Cross, and added blue bordering and red lettering for RNLI. She also added a Tudor crown and a foul anchor, signifying the charities Royal Charter. In 1908, the RNLI formally adopted Leonora’s design and the flag has been flown from all lifeboat stations since. The only change is the crown on the flag, which was changed in 1953 after the coronation of Queen Elizabeth II and is now St Edward’s crown, as worn by her majesty. 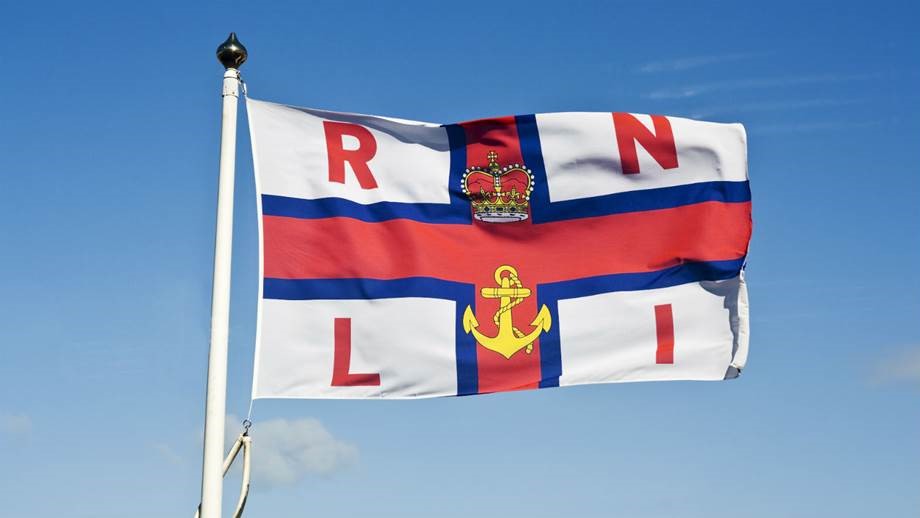 In 1891, 5 years’ after the tragedy of losing 27 men from Southport and St Anne’s Lifeboats in one rescue attempt, Sir Charles Macara and his wife Marion developed a committee and organised the first Lifeboat Saturday. This took place in Manchester and was a parade of bands, floats and lifeboats followed by people with collection buckets. The first event raised over £5,000 for the RNLI. It was the first recorded charity street collection and ended up being such a success that it became an annual occurrence. Marion Macara formed a Ladies’ Guild to organise the street collections, and in the next 10 years there were over 40 Ladies’ Guilds in the UK and Ireland. In those 10 years, the RNLI’s income doubled due to the generosity of the public attending the charity events organised by the committees. 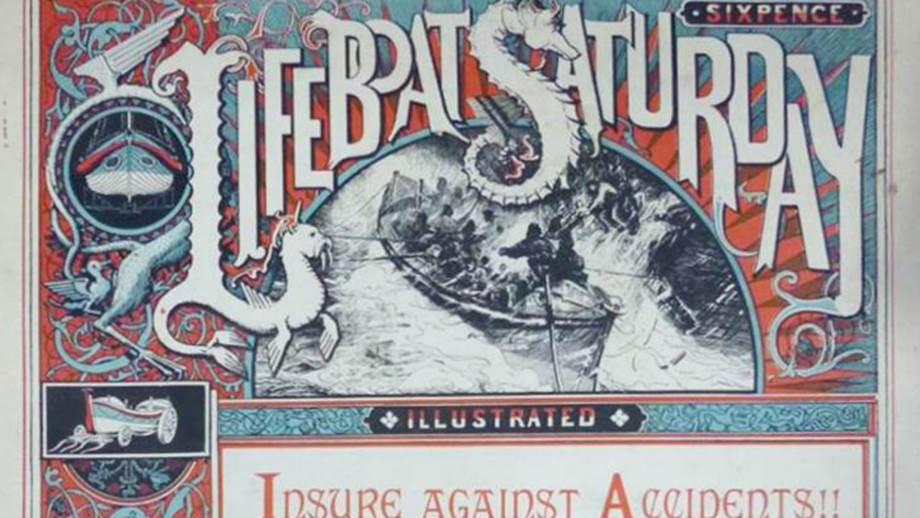 During World War I, most of the crew members for the RNLI were called up to serve. The remaining crew were mostly aged over 50. Throughout the war, lifeboats were launched 1,808 times and saved 5,332 lives. 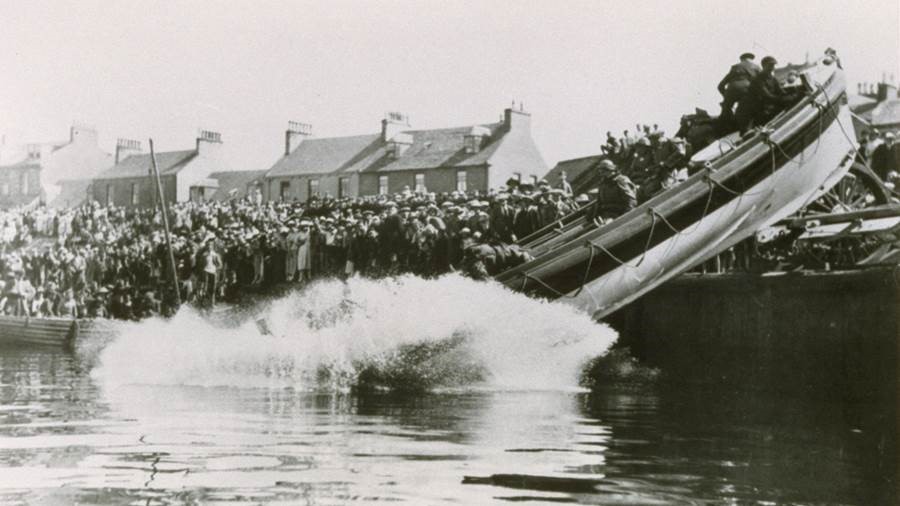 In World War II, the RNLI provided more than just a rescue service in the war effort. In the years since World War I, the lifeboats had been modernised and so had more power and were able to assist in the rescue of wrecked aircrew, take Doctors and Priests to the injured and dying and were also able to navigate minefields and deliver necessities to remote locations. During World War II, 6,376 lives were saved by the crew members of RNLI, this included 3,400 people during the evacuation of Dunkirk where 19 RNLI lifeboats were among the number of small vessels used to rescue the soldiers. 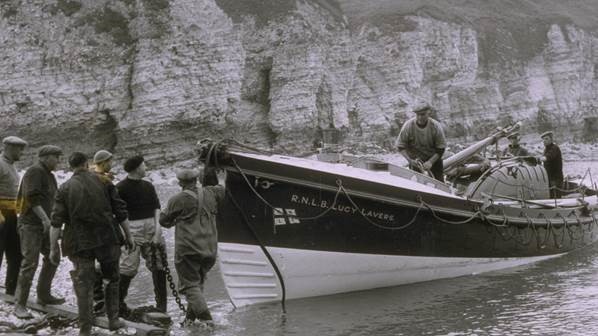 At the London International Boat Show in 1995, the first ‘Safety Guidelines for Recreational Boat Users’ booklet was launched after the Sea Safety Liaison Working Group was formed. This involved input from the Coastguard Agency, Royal Yachting Association, Marine Safety Agency, Royal Life Saving Society and the British Marine Industries Federation. The formation was largely down to the efforts of Michael Vlasto, Sea Safety Officer for the RNLI. Michael went on to become Operations Director for RNLI for 16 years and was involved in bringing the organisation forward to include flood rescue teams, hovercrafts and lifeguarding services.

28th July 2004 saw the opening of RNLI College by Her Majesty The Queen in Poole, Dorset. The college provides training and workshops to crew and lifeguards and hosts a restaurant and a hotel. The money generated by the College goes into the charity and is spent on further development of the RNLI. 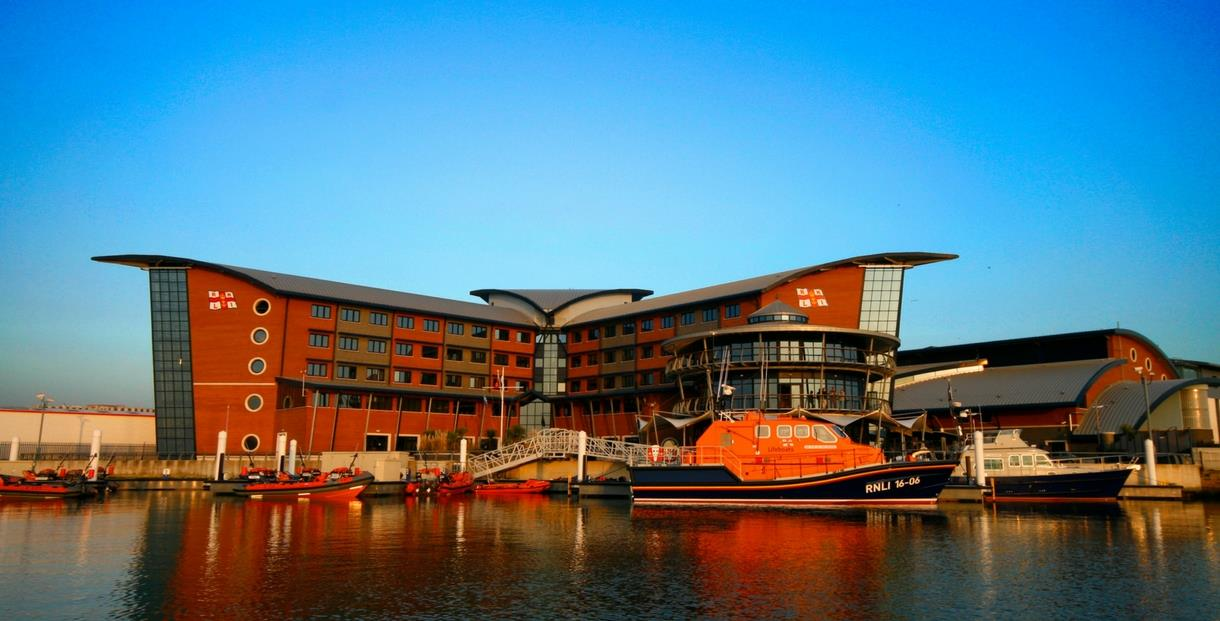 Since its foundation, more than 600 people have lost their lives serving the RNLI whilst over 140,000 lives have been saved. Over 2,500 medals have been awarded for bravery. The RNLI has 238 lifeboat stations, and RNLI lifeguards operate on over 200 beaches. Volunteers speak to over 6,000 children each week to educate them on safety in the sea and on the beach. These numbers show the dedication, perseverance and commitment of all those involved in making the RNLI what it is today.

Although the organisation has grown and the demand on services has increased, their income has gone down. The RNLI rely on the generosity of the public, and all donations go to ensuring that all facilities, equipment and training is kept up to standard. You never know when you, or someone you care for is going to need the assistance of a lifeguard or lifeboat crew and that is why it is important to keep the funding going.

To make a donation to the RNLI, follow this link: https://rnli.org/support-us/give-money

“With courage, nothing is impossible” – Sir William Hillary